Anxiety In Nollywood Over The Health Status of AMAA Founder,Peace Anyiam Osigwe 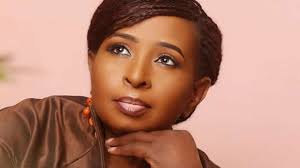 Peace Anyiam-Osigwe, previously Peace Anyiam-Fiberesima (MFR) is a foremost Nigerian filmmaker and entertainment executive who has been called “the queen of Nollywood films”. She is the founder of globally acclaimed film ceremony, Africa Movie Academy Awards one of the top rated and seen to be authentic movie award in Africa.
There are conflicting reports over her health status with everyone claiming to have heard or been updated by her close family members.

On monday night, her health status featured on prominent Nollywood WhatsApp platforms, some worried  industry players are of the notion that she is dead, while others insist that she is alive but still in coma. Insiders revealed that she’s been in coma for days now and are hoping and praying for the best.

According to reports, she is on admission at the prestigious Saint Nicholas hospital, in Lagos Island and aside 2 family members, visitors are barred from seeing her heightening the fear that her situation may really be serious.