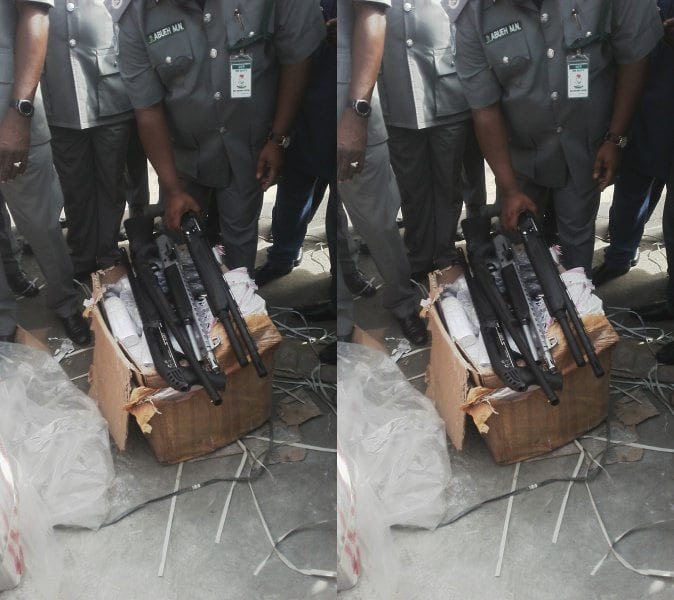 Once again, the Nigerian customs have intercepted a container load of four hundred and forty pieces of pump action rifles, at the Tin Can Island Port in Lagos.
The container of the weapons was discovered at the Ports and Cargo Terminal of the Tin Can Island Ports.
Abueh M.N, an Assistant Comptroller General of Customs in charge of Zone A, who briefed journalists at the venue of the seizure said the command was able to make the breakthrough through intelligence gathering.
Abueh revealed that one suspect has been arrested in connection with the seizure.
He explained that the consignment was shipped from Turkey, adding that the guns were manufactured in the United States of America.
Earlier in January, Customs had intercepted a container of 49 boxes containing 661 Ak 47 rifles in Lagos.

That's It! Funke Is Bigger Than Kate Henshaw! (VIDEO)

That's It! Funke Is Bigger Than Kate Henshaw! (VIDEO)