Violence erupts yesterday and turns to a bloody day at Ward F Alausa Ikeja.
According to a source close to the event, one Mr. Wale Amole, a APC councillorship aspirant from IRORUN group was allegedly attacked by unknown leaders in Ikeja.
It was also alleged that the said leaders has State Excos backing to remove candidate name if he or she is not in their group.
Recent reports have indicated that the group with state executives connection are violent and wanted single candidate in all the six wards under Ikeja.
Meanwhile Amole has been hospitalized. 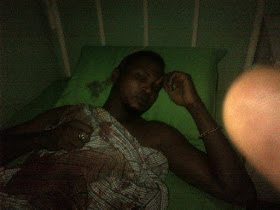 Aisha Buhari Off To Queens Land To See President

Aisha Buhari Off To Queens Land To See President