Lagos State Governor, Mr. Akinwunmi Ambode on Wednesday pledged his administration’s commitment to make the first Annual Diaspora Festival in Badagry a major success, adding that a master plan that would prescribe strategies and programmes to boost the potentials of the ancient town was also underway.
Governor Ambode, who spoke when he received a delegation of the first Annual Diaspora Festival led by the Senior Special Assistant to the President on Diaspora, Hon. Abike Dabiri-Erewa, at the Lagos House, Ikeja, said the Government remains committed to partnerships that would explore the tourism potentials of the ancient town and its environs.
Welcoming the idea of the Diaspora Festival billed to hold in Badagry on August 23, 2017, the Governor pledged his administration’s commitment to expand the scope of the Festival in order to ensure that it becomes a major event in the State’s tourism calendar every year.
“This is a rebirth for us. I have always been looking forward to see what it is that I can do more to the Badagry axis, so I am excited that this delegation has been put up. 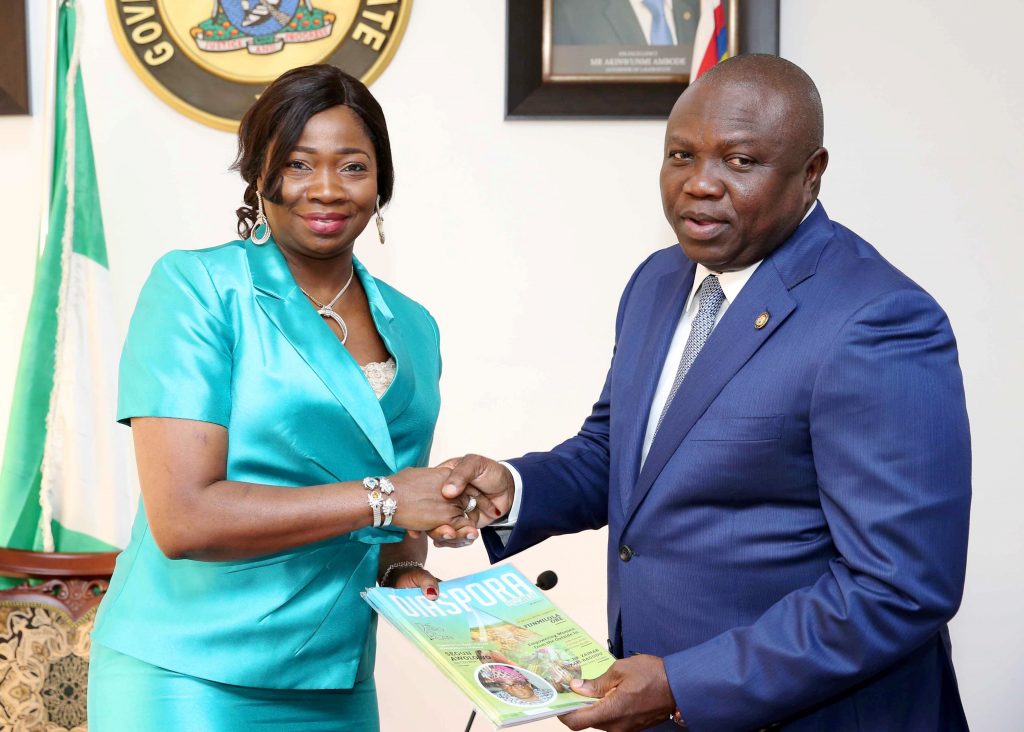 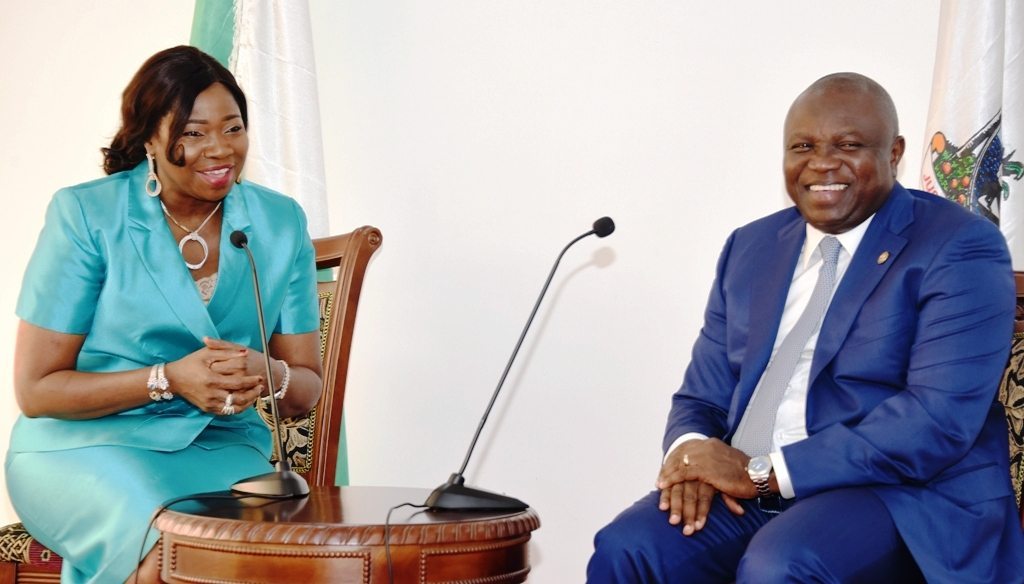 Lagos State Governor, Mr. Akinwunmi Ambode (right), with Senior Special Assistant to the President on Diaspora, Mrs. Abike Dabiri-Erewa during the courtesy visit by the delegates of First Annual Diaspora Festival in Badagry at the Lagos House, Ikeja, on Wednesday, May 3, 2017. 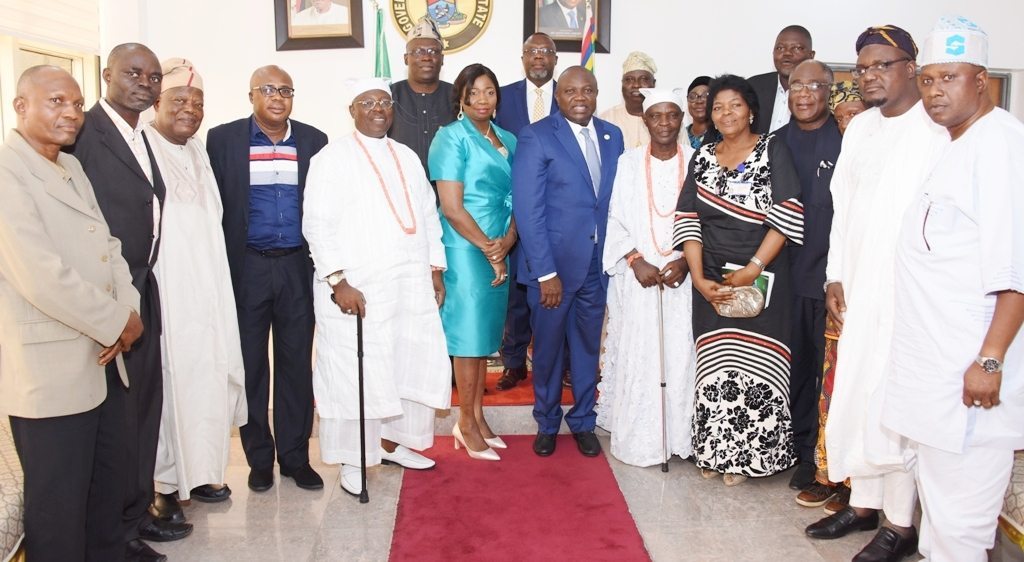 “I have visited Badagry more than five times, I have slept there, I have tried also to create a master plan of how to recreate the tourism potentials of Badagry and for this Festival to be the first that would be done, we would ensure that it would celebrate what Lagos actually stands for and we would strongly support it, we would partner and make sure that it is very successful, August is a good time and it brings greater things into focus. What I want to encourage you is that the planning should not just be for this year alone, we should have a framework that allows it to be sustained,” he said.
He said his administration would also leverage on the festival to mark the Golden Jubilee of the State, just as he expressed optimism that it would open the doors for other tourists’ potentials of the Badagry axis.
“I am also glad that this is happening when we are celebrating the 50th anniversary of the State and like I said, the anniversary is not ending on the 27th of May, it’s the whole of 2017, so for this kind of proposal, for us to be able to bring the black race in diaspora and we in Nigeria to come together, I think it’s something that this government is ready to support,” Governor Ambode said.
While reiterating that fact that Lagos remains the capital of the black race, the Governor stressed the need to create a convergence between commerce, investment, tourism and total well being of the black race, noting that it would become a major economic opportunity on the long run.
“From the kind of vision that we stand for, everything that you have requested for is in tandem with our own aspirations and we would support the three items. We would make sure that our key ministries work swiftly with you Ministry of Tourism, Lagos Global to make sure that this becomes our own programme and then we also use it to embellish whatever it is that is your aspiration and also make sure that this convergence allows us to benefit from everything that is actually inculcated in this kind of project that you have embarked upon,” Governor Ambode said.
He also commended Hon. Dabiri-Erewa for her efforts in protecting the rights and interests of Nigerians in Diaspora, noting specifically the recovery of some Nigerian nationals in neighbouring countries.
Earlier, Hon Dabiri-Erewa commended Governor Ambode, saying that his achievements in the past two years were not only making Lagosians proud but Nigerians especially those in the diaspora.
“I am here for three things, first to thank you for making us proud as Lagosians. Everywhere you go in the diaspora, the Governor has made our job easier because of the fantastic work he is doing. I am sure Your Excellency, knows there are many Lagosians in the diaspora excelling in their various field of endeavour and it is better to tell our own story ourselves that Nigerians are the most vibrant technocrat anywhere in the world, hence the need to celebrate ourselves in our own land,” Dabiri-Erewa said.
She added that the visit by the delegation was to intimate the Governor on the Diaspora Festival in Badagry and seek ways of collaboration with the State Government to make the festival a success.