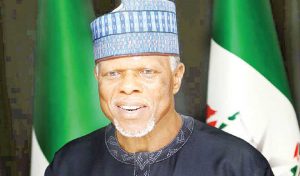 The senate has called for the resignation of Hameed Ali, comptroller-general of the Nigeria Customs Service (NCS).

The senate also declared Ali unfit to hold public office and condemned a letter written by Abubakar Malami, attorney-general of the federation (AGF).

Malami in the letter told the lawmakers that the comptroller-general could not appear the lawmakers because the matter of his uniform was in court.

The resolutions of the upper legislative chamber was sequel to prayers moved by Enyinnaya Abaribe, senator representing Abia south.