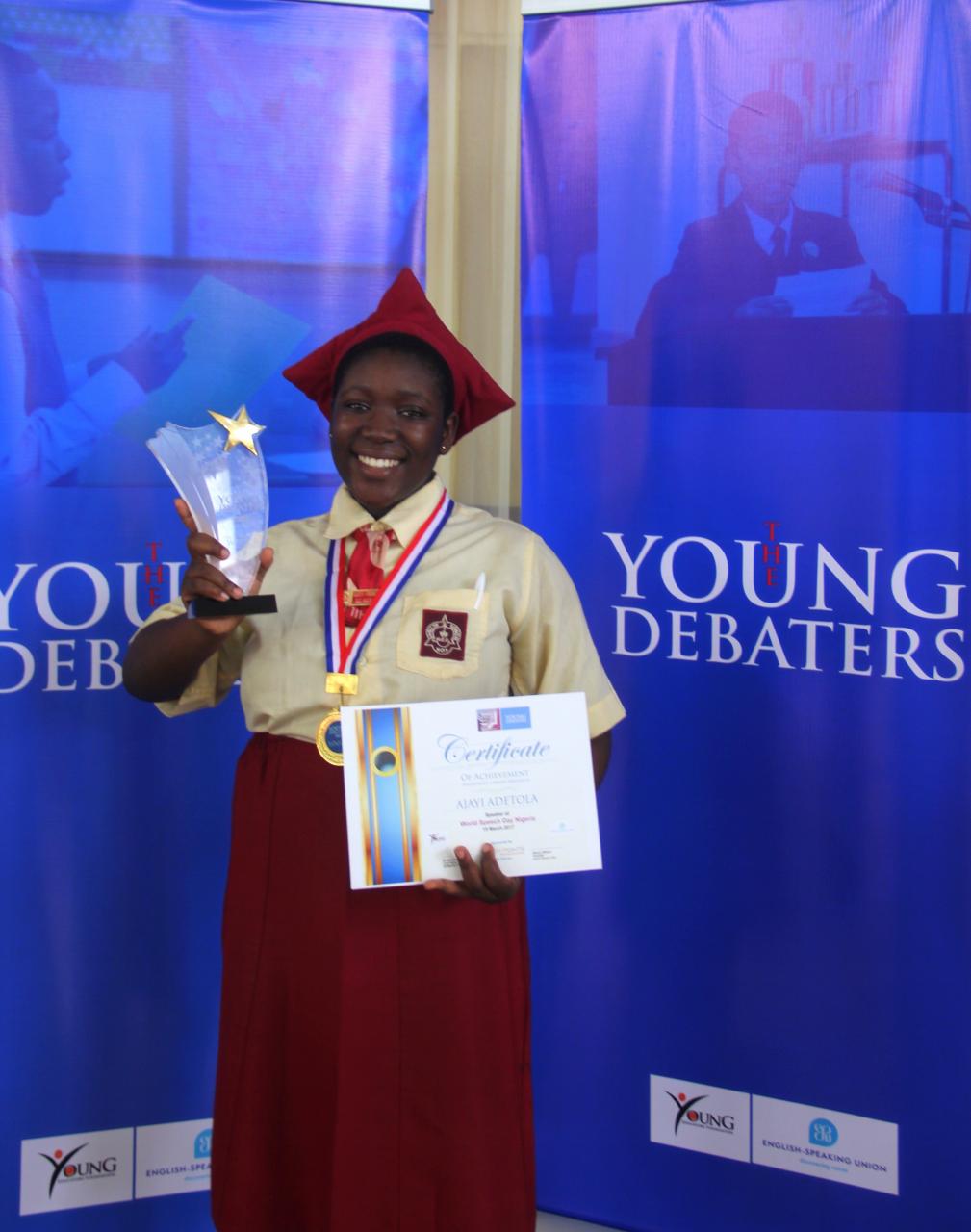 16 year-old Ajayi Adetola an SS3 student of Holy Child College, Lagos, has emerged the winner of the maiden edition of the Young Debaters competition which was organized by Young Educators Foundation (YEF) in conjunction with English Speaking Union (ESU), UK during the maiden edition of the event which was held at the Standard Bearers School, Lekki, Lagos, last week wednesday March 15, 2017 which coincided with the World Speech Day. 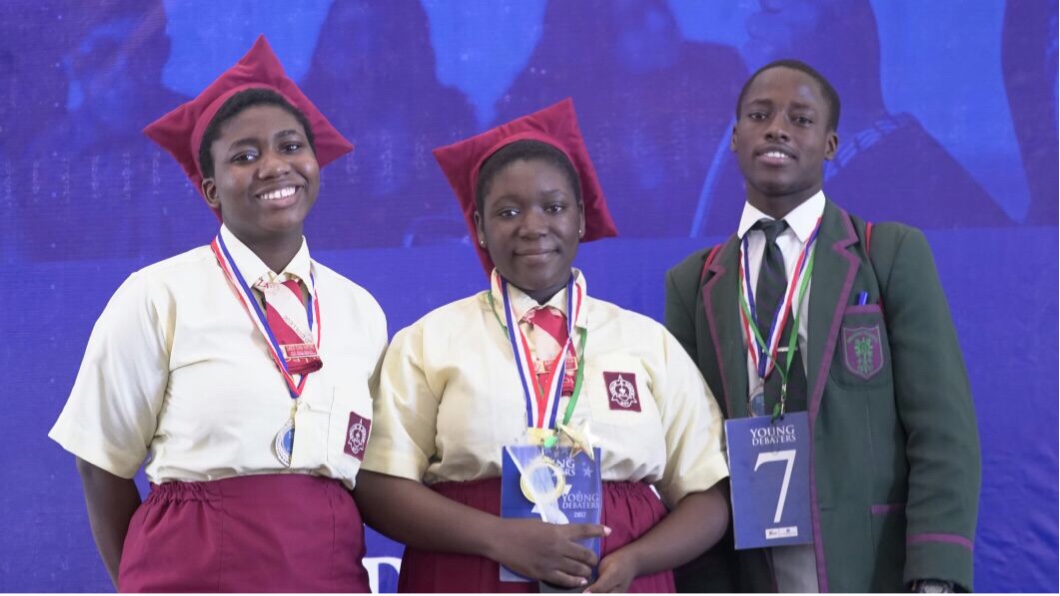 Commenting after she was announced winner, an excited Adetola who trounced 11 other debaters in a keenly contested competition said: “I am actually very excited. This is the first time I am doing something for my school and it is really beautiful. At a certain point I had doubts but I kept on praying. I had to give up a lot to achieve this today and tried to be focused and be bold.” According to Akinleye Olu-Phillips, Programmes Director of YEF, an NGO which is based in both Ghana and Nigeria and a partner of ESU and the franchise holder of International Public Speaking Competition (IPSC) in Nigeria, the objective is to promote literacy among the age bracket of 16 to 20″.
Today is the grand finale of the pilot of the Young Debaters, an oratory competition dedicated to public speaking “We discovered that public speaking skills have not been well harnessed and encouraged, so in line with our vision of impacting the next generation of leaders on the continent, we knew we had to start at this early stage teaching the values of leadership and oratory to students, which ultimately will evolve a very strong and viral leadership on the continent. Young Educators Foundation is also the franchise holders of the Scripps Spelling Bee United States in Nigeria.” 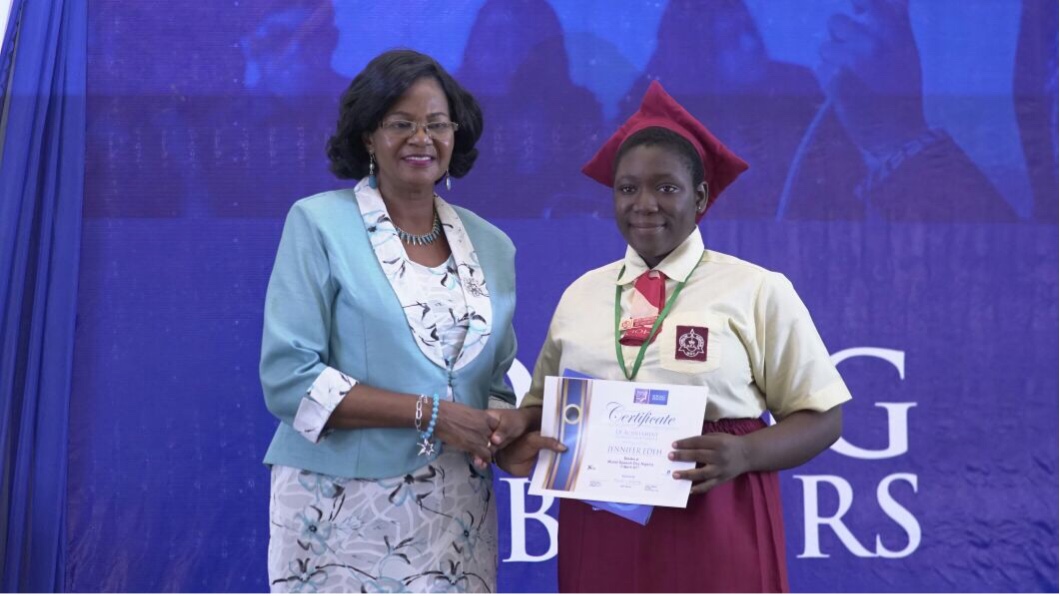 Schools that competed include Deeper Life High School, Port Harcourt, St Gregory’s College, Lagos, Holy Child, Lagos, Nicky Bee College, Idimu and Deeper Life High School, Portharcourt and Lagos. The Young Debaters competition is a public speaking/debating competition that inculcates the basic imperatives of effective communication by impacting leadership skills, development of poise and accurate word usage. It allows students to develop their critical thinking and communication skills through its unique method of orators choosing their own topic which is regulated to an overall theme. It is targeted at students between the age bracket of 15 and 20 years.
The panel of judges included Funke-Treasure Durobola and Tunde Alabi (Iceman). Ajayi will represent Nigeria at the international public speaking competition in the UK between May 8 – 12, 2017.

I Will Shut Down Buhari’s Government In 72hours, If Aso Rock Cabals Push Me To The Wall – Angry Saraki Spits Fire

My daughter is sick in the head – Stephanie Otobo's mother alleges

My daughter is sick in the head - Stephanie Otobo's mother alleges