Leading telecommunications services provider, Airtel Nigeria, has built and donated a multimillion naira, ultra-modern 2-bedroom apartment to victims of a devastating inferno, the Aina family, in fulfillment of its pledge to the beneficiary in the just concluded Airtel Touching Lives Season 3.
The Aina family, which was one of the several grantees that appeared in the philanthropy series, had been struck by severe vicissitudes of life and had lost four children in a shattering fire accident that also consumed their abode as well as all their material possessions.
Chief Executive Officer and Managing Director of Airtel Nigeria, Segun Ogunsanya, led a team of Airtel executives comprising the Director of Corporate Communications & CSR, Emeka Oparah, to commission and hand-over the well-finished apartment to the Aina family, yesterday in Magboro, Ogun State.
Speaking during the brief ceremony, Ogunsanya expressed heartfelt condolences to Mr. and Mrs. Aina over the loss of their children while commending them for demonstrating courage, resilience and hope amid overwhelming challenges.
“While we can do little about the past, there is so much we can do about the present and our future. And that is why we decided to step in to help this good family to rebuild their future. I must say the future of the Aina family is very bright and I encourage everyone to walk with them in getting the best out of the future,” Ogunsanya said.
He also stated that Airtel is committed to empowering the underprivileged to realize their dreams, noting that through the Airtel Touching Lives platform, Airtel has directly impacted hundreds of people and households just as it has positively impacted the lives of many Nigerians.
“Today is for the Aina family. Indeed, I am excited to handover this 2-bedroom apartment to the Aina’s, as we pray that God Almighty continues to reside with them, strengthen and enable them find peace in it. With this gesture, we believe that their journey to recovery from the unpleasant experience will be easy, smooth and much better,” he said.
Through the Airtel Touching Lives programme, however, the Aina’s have been able to pick up their lives with renewed optimism.
“Things had become extremely hopeless for us,” said Mrs Aina, recalling the numerous inauspicious events that she, her husband and surviving child had to endure. “But we cannot thank Airtel enough for coming into our lives, for helping us, and for showing us hope again.”
Expressing similar sentiments, Mr. Aina thanked God and Airtel Nigeria for coming to the aid of his family. “Airtel has lifted a huge burden off me; they have walked with me in this very difficult journey, always comforting me and I cannot thank them enough,” he said.
Friends and family members joined to felicitate with the Aina family during the commissioning ceremony. 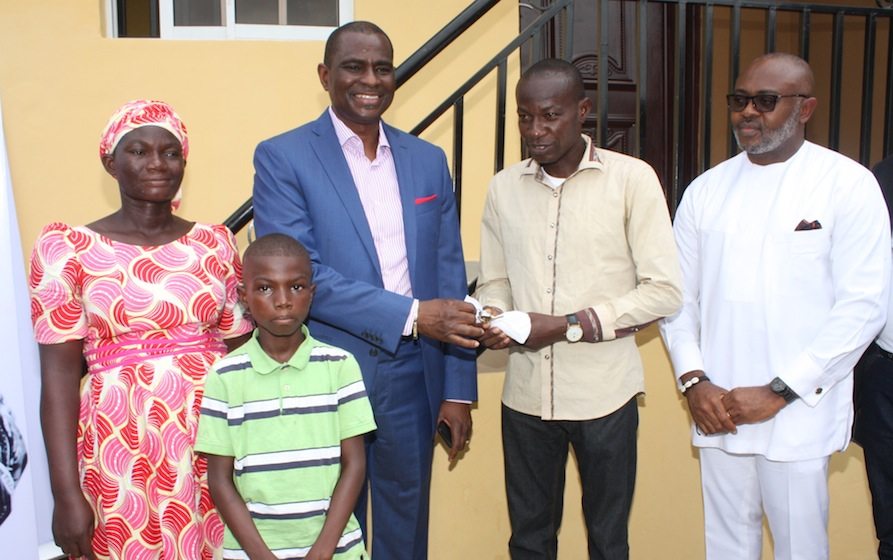 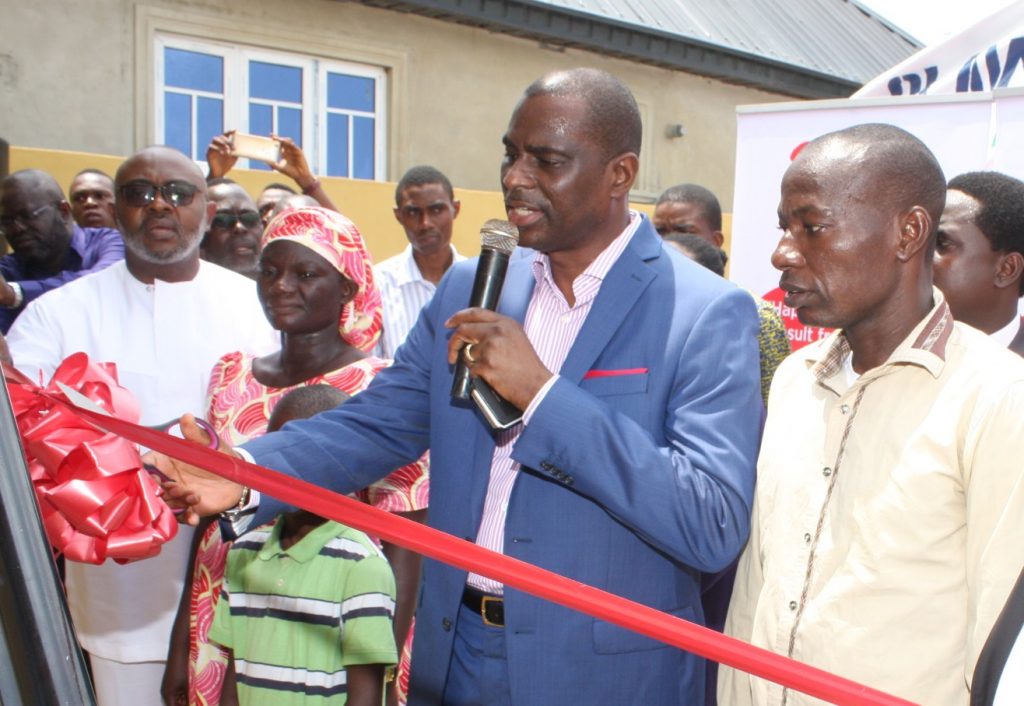