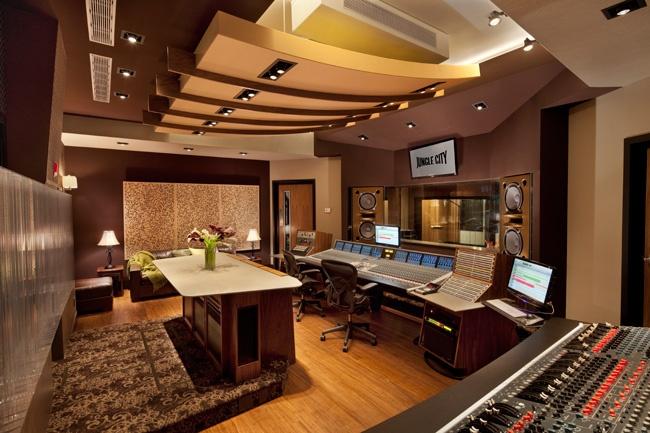 Leading pan-African creative agency and event firm, Temple Management Company (TMC) is bringing world-class sound and recording infrastructure to Nigeria with the construction of a state-of-the-art-studio.

This comes at a time that the Afrobeats sound is becoming more accepted globally placing more demand on the sonic quality of the music for its airing on international media platforms and ranking on Billboard Top 50 songs.

The state-of-the-art studio is primed to be the hallmark of acoustic perfection and the benchmark for studio design in the country and indeed, the rest of Africa, says Mark Redguard, TMC’s Head of Entertainment.

Temple Studio is accessorized with the AMS Genesys Black console and Augspurger speakers using analog technology integrated into the studio environment and the digital audio workstations. It’s also embellished with the right atmosphere that will ease artistes in the right mood for creativity to thrive.

The new space, which is located in Lagos, regarded as the entertainment hub of Sub-Sahara Africa, is being handled by a team of experts in engineering, sound and design of global acclaim. They include Ron Jones’ Infinite Technology Global which has carried out home automation for celebrity basketballer, Steph Curry and WSDG design Group founded by John Storyk famously known for constructing Jimi Hendrix’s Electric Lady Studios. Also in the matrix is Jason Cropper of Vintage Kings Pro Audio Upfitter, an audio specialist and founding member of Grammy award-winning Rock Band, Weezer.

Speaking more, Redguard notes that the arrival of Temple Studios will mark the end of culture of artistes taking their music abroad for mixing and mastering. According to him, it will also be open for collaboration with Nigerian companies and music stakeholders such as Red Bull Academy, Coke Studio and Hennessey Artistry among others.

Speaking from the project site, Ron Jones, the lead project consultant, noted with undisguised enthusiasm that something amazing is happening to music production in Africa. He disclosed, “We are playing in a global market and people are looking for a certain standard in recording. Some of the international artistes that are brought here from abroad are used to a certain level of equipment. With Temple Studio, we are not just building for Nigerian music for Nigeria but Nigerian music for the world. We are now operating in the same level using the same technology that is used through-out the world.”

The Temple Studio is modelled after the famous Manhattan-based, Jungle City Studios, a recording studio owned and operated by Alicia Keys’ long-time engineer, Ann Mincieli. JSC has been the music laboratory that has churned out a longlist of some of the biggest platinum songs and albums ever to bless the planet.