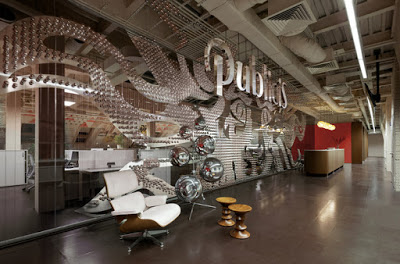 The case opened in the High Court this week and the claimants are pursuing Publicis Groupe for up to £4.9m for their unpaid earn-outs and £3.6m in damages for breach of contract.

In an opening statement, Andrew Sutcliffe, the QC acting for the claimants, said a Publicis subsidiary withheld “critical information” from the former shareholders of KNAS in “circumstances so appalling that Publicis’ own employees have subsequently reacted with embarrassment and guilt”.

Publicis Groupe is defending the case. A spokeswoman said: “Publicis Groupe’s policy is to not make any comment about pending litigation, other than to say that we are vigorously defending ourselves against the claims.”

Eight members of the KNAS management team, who had minority interests in the agency ahead of the sale, are joint claimants in the case alongside Paul Kitcatt, Marc Nohr, Vonnie Alexander and the estate of Jeremy Shaw, who died last year.

Publicis Groupe bought KNAS to merge with the London office of what was then the Digitas network. The case centres on Digitas UK’s “heavily reliant” relationship with major client Procter and Gamble.

The acquisition was structured with an earn-out so that a deferred consideration was tied to the performance of Kitcatt Nohr Digitas (the merged entity) in the years after the merger.</div>
When – ahead of a deal being agreed – the KNAS executives found out Procter &amp; Gamble accounted for 52.7% of Digitas UK’s 2010 revenues, they sought reassurances about the strength of the relationship. Joseph Tomasulo, then global chief financial officer of Digitas, told them by email that it had “the confidence of a retainer” despite being a “project based relationship”.

The contract for the sale (the SPA, or sales and purchase agreement) warranted that neither the buyer (the Publicis subsidary MMS) nor three named Publicis executives were aware of “any facts or circumstances that could reasonably be expected to have a material adverse impact on the operating income or revenue in 2012 or 2013”.

The named individuals include Tomasulo, who is now executive vice-president and chief financial officer at Interpublic’s R/GA; Stephan Beringer, then chief executive of Digitas and now global president of data, technology and innovation at Publicis Media; and Charlotte Frijns, former finance director at Digitas UK and now chief financial officer for UK at Publicis Media.

However, as Sutcliffe said in court yesterday, the “impending loss of Digitas UK’s P&amp;G business had in fact been widely anticipated within Publicis and Digitas UK since as early as July 2010”.

Sutcliffe said the claimants learned a significant proportion of the business that Digitas UK had previously generated from P&amp;G had already been lost or would soon be lost to other advertising agencies within the Publicis group “just a few weeks” after the acquisition completed on 1 March 2011.

The majority of Digitas UK’s work for P&amp;G was obtained from other Publicis agencies, including Saatchi &amp; Saatchi and Leo Burnett, who were the brand agency leaders with the direct relationship with the client. The claimants argue this was a “much less secure” relationship than they were led to believe.

In addition, Sutcliffe said these advertising agencies were implementing a “deliberate strategic pivot” to retain the digital work for themselves and “cut Digitas UK out of the picture”.

The second part of the case concerns what the claimants describe as a “binding agreement” in 2012 that Publicis Groupe would make adjustments so that the claimants’ entitlement to deferred consideration was not prejudiced by the loss of P&amp;G work.

In 2014 Publicis Groupe denied any binding agreement had been reached concerning adjustments to the earn-out and refused to pay any deferred consideration at all.

It continues as a separate agency as part of the DigitasLBi network, working with clients including Sky, Nissan and Bupa. It currently has 50 staff, down from a combined 160 at the time of the merger. P&amp;G is no longer a client.

Kitcatt Nohr is led by managing director Hattie Whiting, chief strategy officer Ed Beard and executive creative director Tim Clegg. None of the current team is involved in the case.