A Nigerian man made the claims on his Twitter page where he posted a series of Tweets revealing how a guy he met was hired for the bizarre job.

He claimed the family of the girl discovered that she was a nymphomaniac and decided to get her a personal sex staff who is going to satisfy her each time she had urges.

The man also revealed that the male sex worker also gets paid N170k monthly for the job. See Tweets below; 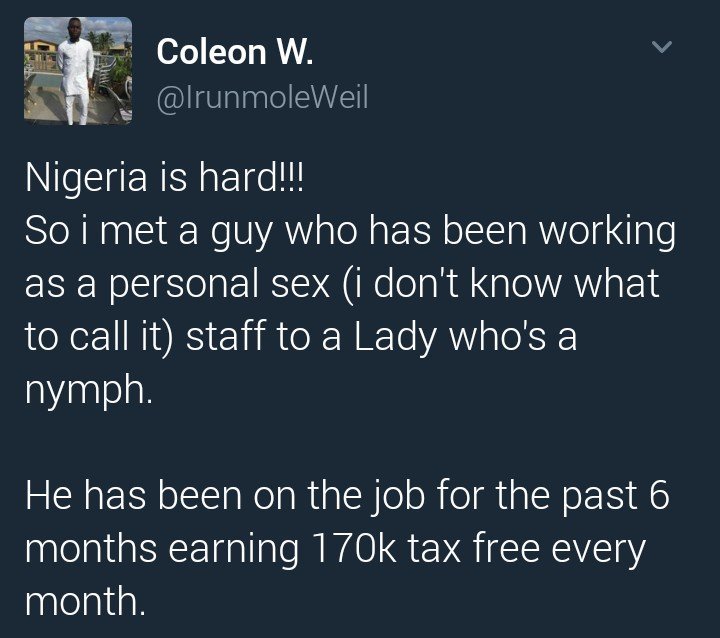 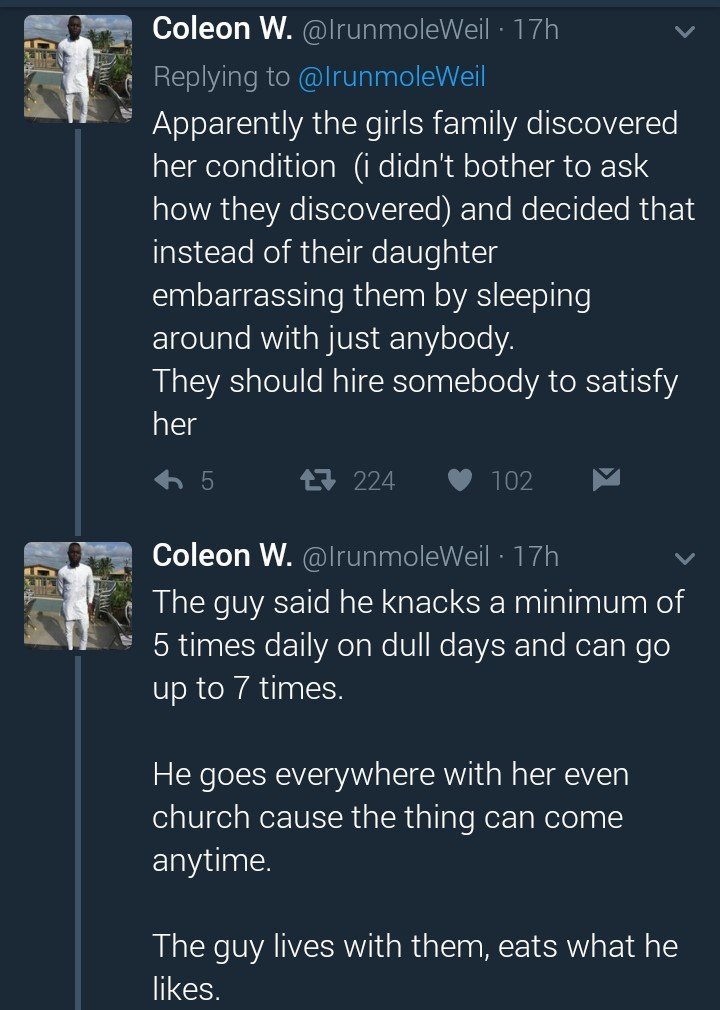 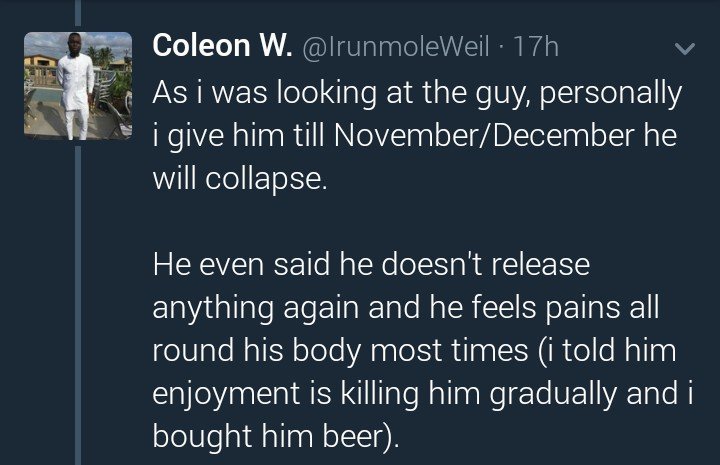 So i met a guy who has been working as a personal sex (i don’t know what to call it) staff to a Lady who’s a nymph.

He has been on the job for the past 6 months earning 170k tax free every month.

Apparently the girls family discovered her condition (i didn’t bother to ask how they discovered) and decided that instead of their daughter embarrassing them by sleeping around with just anybody.
They should hire somebody to satisfy her

The guy said he knacks a minimum of 5 times daily on dull days and can go up to 7 times.

He goes everywhere with her even church cause the thing can come anytime.

The guy lives with them, eats what he likes.

As i was looking at the guy, personally i give him till November/December he will collapse.

He even said he doesn’t release anything again and he feels pains all round his body most times (i told him enjoyment is killing him gradually and i bought him beer).