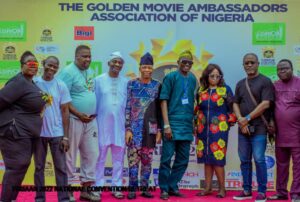 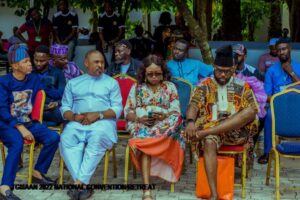 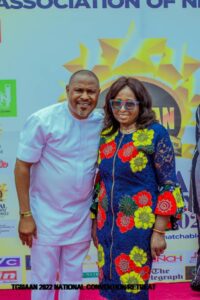 The Golden Movie Ambassadors Association of Nigeria (TGMAAN), one of the major associations of Nollywood movie makers with the vision to rebuild, rebrand and restructure the Nigerian movie industry recently held its annual convention in the city of ibadan, Oyo State.

The convention also witnessed elections into the various executive positions of the association which have been long overdue.

The convention was well attended by members within and outside the country. Of note is a development whereby some days before the start of the convention, one of Nollywood best Actors Yemi Solade joined to the Association from TAMPAN, a rival body.

Yemi solade was not just a member, he was one of the founding fathers and the first President of TAMPAN.

The convention was held at the serene ambience of Ilaji Resort, Akanran village, via Ibadan, far away from the metropolitan noise and energy. The convention had some wonderful capacity development sessions with lectures given by the likes of Peace Anyiam Osigwe (Founder, AMAA awards and President of Association of Movie Producers), Alhaji Adedayo Thomas (DG, Nigerian Films and Video Censors Board), Bimbo Manuel (Veteran Actor) and Barrister Abioye Akerele (Intellectual Property and Advertising guru).

The new officers elected include:

In his acceptance speech, Saidi Balogun, the President Elect promised to offer a pragmatic leadership and channel a clear direction for the association.

LAGOS TASKFORCE SET TO CRUSH ANOTHER SET OF 2,228 MOTORCYCLES – JEJELOYE