A topless woman with the phrase “Women’s Lives Matter” written in red ink across the front her body was arrested Monday after she ran in front of Bill Cosby outside a Pennsylvania courthouse Monday.

The woman, wearing only black pants, jumped a barricade and ran toward Cosby, chanting “hey hey hey, women’s lives matter.” She had the names of Cosby’s accusers written in blank ink on her torso.

Police quickly tackled the woman into a bush, handcuffed her, and walked her into the courthouse. Police did not immediately respond to requests for additional information.
The woman, who has not been identified, was among a group of people protesting outside the Montgomery County courthouse Monday morning where opening arguments in Cosby’s sexual assault retrial are scheduled to begin. 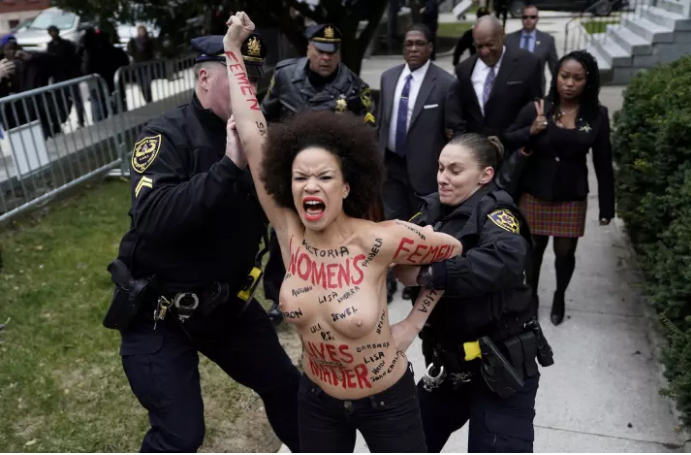