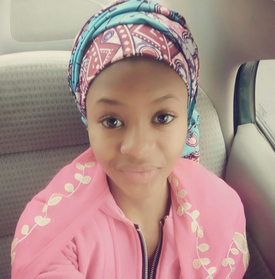 Hafsat
Surajo, 18, has been declared missing by her family members after she
left home on the morning of February 12th and did not return.

A family source revealed to LIB that Hafsat has been ill for a while and on Sunday
morning her sister woke very early to find that Hafsat was missing from
their home in the Unguwa Uku area of Tarauni local govt council in Kano
State.

She informed her mother and a search for the girl was conducted
spanning across hospitals and the home of friends, yet no useful
information has been received.

The source reveals that no one knows exactly when she left home or what
she was wearing when she left. She was last seen after she went to bed
the night before. No one has contacted them to make demands either.

“Nobody knows anything about where she is, not even her friends. Even
her phones are in the house, so we can’t call her.” The source told LIB.

The case has been reported to the police in Kano but there has been no breakthrough yet.

Please if you have any information about 18-year-old Hafsat kindly inform the authorities and help bring her home.

Dbanj Breaking New Grounds … See What He Is Up To