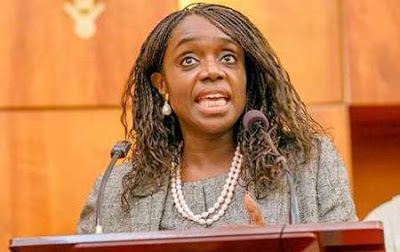 A total of 17 federal ministries misapplied funds running into several billions of naira, the Auditor-General’s 2015 annual report has revealed.

The report revealed that the infractions were perpetrated by top government officials between January and December 31, 2015.

The report seen showed that Ministry of Information and Culture failed to account for N561.6 million.

The report submitted to the National Assembly has since been assigned to the Senate Committee on Public Accounts for further action.

The Auditor-General queried the Ministry of Aviation for spending N427 million on the procurement of Navigational Aids/spare parts and maintenance services without approval.

“Scrutiny of the capital appropriation document revealed a zero budget allocation for the purchase of Air Navigation equipment with code number 23010131. This constituted a gross violation and distortion of the Appropriation Act,” the report said.

The Permanent Secretary of the Ministry has been requested to furnish the Auditor-General with the statutory financial instrument of the National Assembly authorising the expenditure.

“In addition, the responsible officials involved in the authorisation and disbursement of the fund should be held liable for lack of due diligence,” it said.

The Auditor-General observed that 51 recurrent expenditure account items, mainly local and international travels amounting to N147 million were inappropriately charged to the Capital Development Account of the Ministry of Aviation.

“The Permanent Secretary has been asked to explain the circumstances that warranted the Ministry’s misapplication of capital development fund for expenditure which appears at variance with the Appropriation Act and extant.” It directed that the amounts involved should be recovered and recovery particulars forwarded to the Auditor-General for verification.