Handsome Thief: Another Petition Against Olaogun Tunde Flies In

No sooner as the Rapid Response Service pasted the story of one Olaogun Tunde, did another victim confirmed the story by pasting a petition written against him. 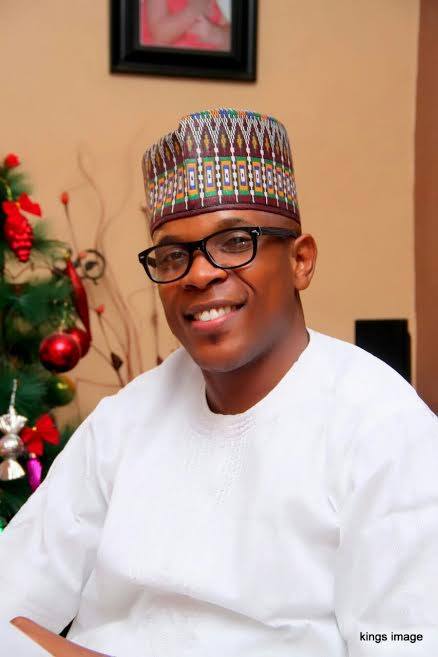 ABIODUN REMIKEHINDE, (No 18, Oremeji Street, Balogun, Iju-Ishaga, Lagos State. Tel:- 07069504401)
19th May, 2017.
The Assistant Inspector General of Police,
Zone II Police Headquarter,
Onikan-Lagos.
Dear Sir,
PETITION AGAINST MR. BABATUNDE OLAOGUN FOR STEALING AND ABSCONDING AFTER I STOOD AS GARANTOR FOR HIM FROM EMPIRE TRUST MICRO FINANCE BANK LTD, CREDITILLE LIMITED AND OMNIBUS GLOBAL FOUNDATION MFB AND THREAT TO MY LIFE
My name is Mr. Abiodun Remikehinde of the above mentioned address.
I prayerfully want to bring to your notice the enormous agonies and predicament I am passing through as a result of the crooked action of Mr. Babatunde Olaogun the Managing Director of Unveiling Royalty Lounge Situated at No 9, Alhaja Kofoworola Cresent, Off Awolowo Way, By Balogun Bus-Stop, Ikeja-Lagos , with this known GSM numbers 07052341644 and 08023744803 who begged me to stand as guarantor for him from the above mentioned Micro Finance Banks worth Three Million Four Hundred Ninety-Six Thousand Eight Hundred Naira Only (N3,496,829) since January 2017.
The truth of the matter is that, he Babatunde Olaogun came to me sometime in August, 2016 to guarantee a loan of One Million Naira (#1,000,000) from Empire Trust Micro-Finance Bank Ltd of No 17 Ogunlowo Street, Off Awolowo Way, Ikeja Lagos and the loan was granted but he refused to service the loan till date. He came back in December 2016 making me to believe that he has finish paying his debt with Empire Trust Micro-Finance Bank Ltd that he would want me to stand as guarantor for another One Million Naira (#1,000,000) loan from Creditville Limited which I did after much pressure and in January 2017, he said he needed to buy some drinks for a show at his Lounge at Balogun Bus-Stop, Ikeja then he approach one Mr. Tokunbo a customer in my Branch and the Managing Director of Omnibus Global Foundation of I went with him to sign for One Hundred Fifty Naira (#150,000) for him.
To my greatest surprise, in March 2017, I got a mail from Creditville Limited that Babatunde Olaogun has defaulted on his loan for two straight months (January and February) so for now the Micro-Finance is putting much pressure on me to pay them their money and Babatunde Olaogun is nowhere to be found.
I have personally tried all my efforts to get Babatunde Olaogun to pay back the loan he took but what I get in return is threats from him and to my surprise, Babatunde Olaogun has refuse picking my calls and he even packed out of house and nowhere to be found and his father Mr. Olaogun with this known GSM number 08034056408 and his wife Mrs. Kemi Olaogun with this known GSM number 08078368866 are not helping matter, they even threatens to deal with me if I call them again. I no longer have rest of mind because the bank he borrowed money from is on my neck to get back their money.
Sir, considering the fact that I am a hardworking man, I hereby enlist the intervention of the Assistant Inspector General of Police, to institute an investigation into this case and ensure justice.
Thank you and God Bless.
Yours Faithfully,
Mr. ABIODUN REMIKEHINDE
07069504401
(See the photo-copies of sale receipt)
CCC: – Rapid Response Squad, Alausa-Ikaja
Creditville Limited, Empire Trust MFB & Omnibus Global Foundation MFB
Previous Post